Well, In my opinion, Harriet Tubman is one of the greatest figures in history and I could not wait to read this book about her. 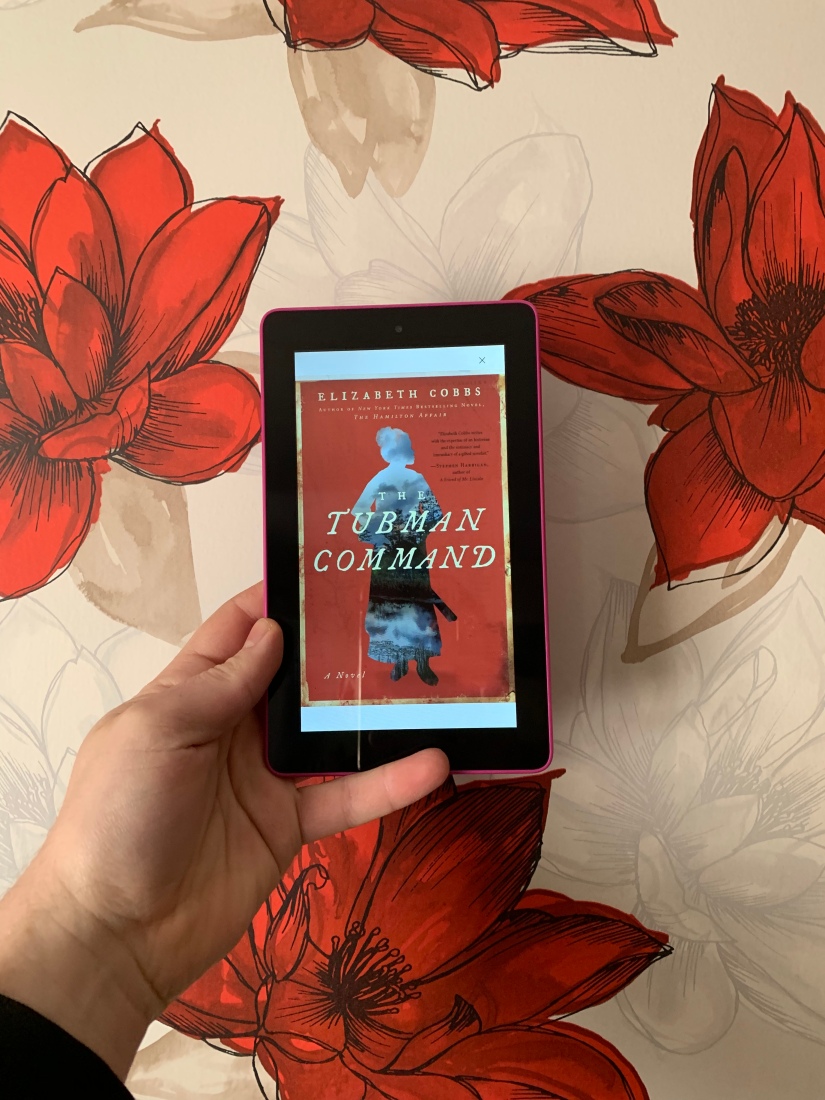 It’s May 1863. Outgeneraled and outgunned, a demoralised Union Army has pulled back with massive losses at the Battle of Chancellorsville. Fort Sumter, hated symbol of the Rebellion, taunts the America navy with its artillery and underwater mines. In Beaufort, South Carolina, one very special woman, code maned Moses, is hatching a spectacular plan. Hunted by Confederates, revered by slaves, Harriet Tubman plots an expedition behind enemy lines to liberate hundreds of bondsmen and recruit them as soldiers. A bounty on her head, she has given up husband and home for the noblest cause: a nation of, by, and for the people. ‘The Tubman Command’ tells the story of Tubman at the height of her powers, when she devises the largest plantation raid of the Civil War. General David Hunter places her in charge of a team of black scouts even though skeptical of what one woman can accomplish. For her gamble to succeed, ‘Moses’ must outwit alligators, overseers, slave catchers, sharpshooters, and even hostile Union soldiers to lead gunships up the Combahee River. Men stand in her way at every turn – though one reminds her love shouldn’t have to be the price of freedom.

‘Panic filled the air. Harriet felt she could smell it – a sharp odour of fear and sweat. Men and women scrambled quickly into the rocking boat. Parents grabbed children onto their laps.’

As I’ve said before, in other reviews, I find this time in History both fascinating and harrowing, with Harriet Tubman being a person I’ve always wanted to know more about. This book does show more of her, but for me it wasn’t quite enough.

For the first half of this book, I found it pretty slow. It was a bit hard to keep reading it to be honest, it didn’t have much story or heart. It just felt like a lot of details and facts being described to you. It was also a bit hard to keep track of who was who, when it came to soldiers and the people under Harriet’s Command.

However, when this book really shined was when Harriet went over the river, back onto the plantations to spread word about the up coming raid. It was tantalising. You could really feel the danger she was in. Even though you know she’s experienced at this. It really showed her bravery. These moments in the book, like when they’re on the boat watching the raid happen, were standouts. So well written. They had me on the edge of my seat.

The imagery Elizabeth Cobbs creates with her words, during the raid section of the book is amazing. They way she described the slaves trying to get on the boat, clinging onto their hope of freedom was something I could see so clearly in my head. You can sense their panic, hope, desperation. Even just thinking about it now gives my the chills.

There was also a sweet touch of romance to this book. It was nice to see a different side of Harriet. To see beyond the historical figure we all know and respect. I just needed more. Maybe it’s because this book focused on a very specific moment in time, that’s why Harriet didn’t fell fully fleshed out to me.

If you like factual, detailed historical fiction then I would definitely recommend this book. Or this moment in history. I’m glad I read this book.

This book was given to via Netgalley and Arcade Publishing in return for an honest, unbiased review. It comes out May 7th and you can preorder now.